Today WSC had the privilege to host a learning luncheon for the 82nd Contracting Squadron at Sheppard Air Force Base. WSC was joined by a SourceAmerica representative to educate the squadron on the Ability One program, Source America, and WSC. WSC’s VP of Operations led a tour after the luncheon of our Corporate Facility. While on the tour, the group observed and interacted with several WSC team members.  One of WSC’s linen employees demonstrated his ability to fold a fitted sheet in just seconds. Thank you to the 82nd Contracting Squadron for coming out to our facility. 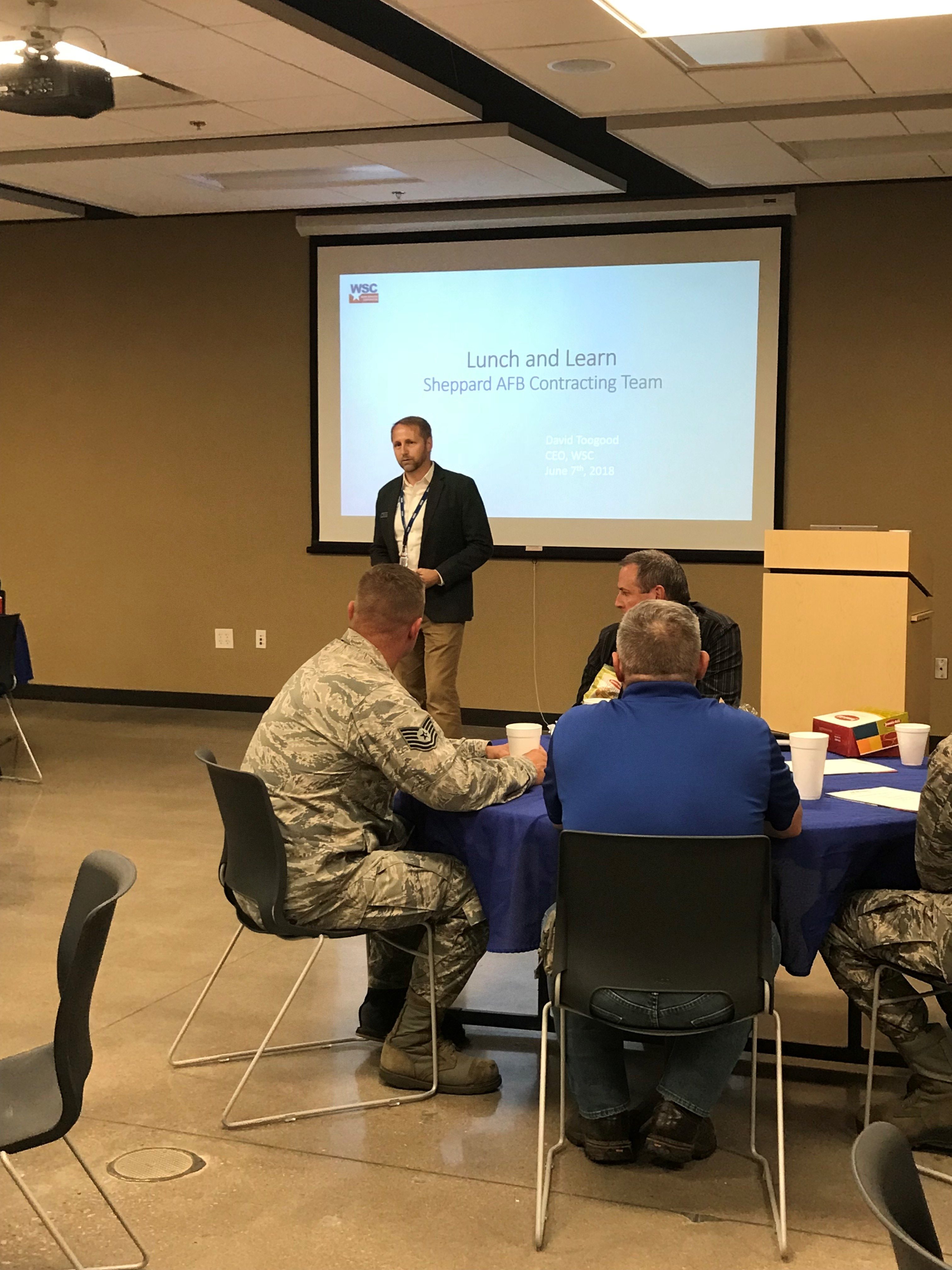